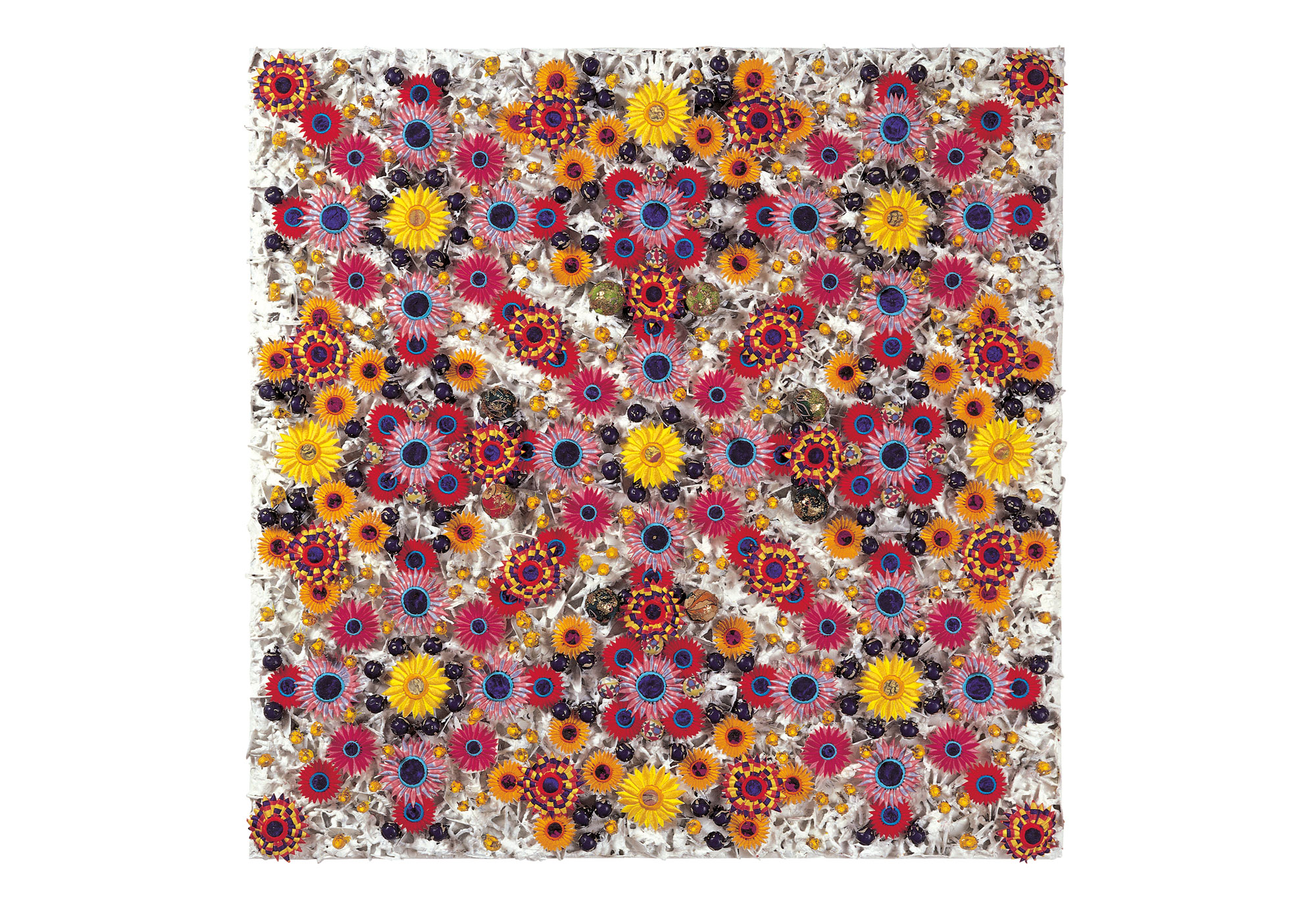 Pivotal work, first shown at Collect V & A London, in 2004 several months before the Field of Centres solo exhibition.

Crystallized Movements 2004 is the first work, directly influenced by the Gulf War. Compositionally the piece re-creates a flag constructed from 100’s of embroidered flowers, which refer to Medal ribbons and Poppies. The piece is a play on the use of the word field to denote both a battle and visual field of engagement.