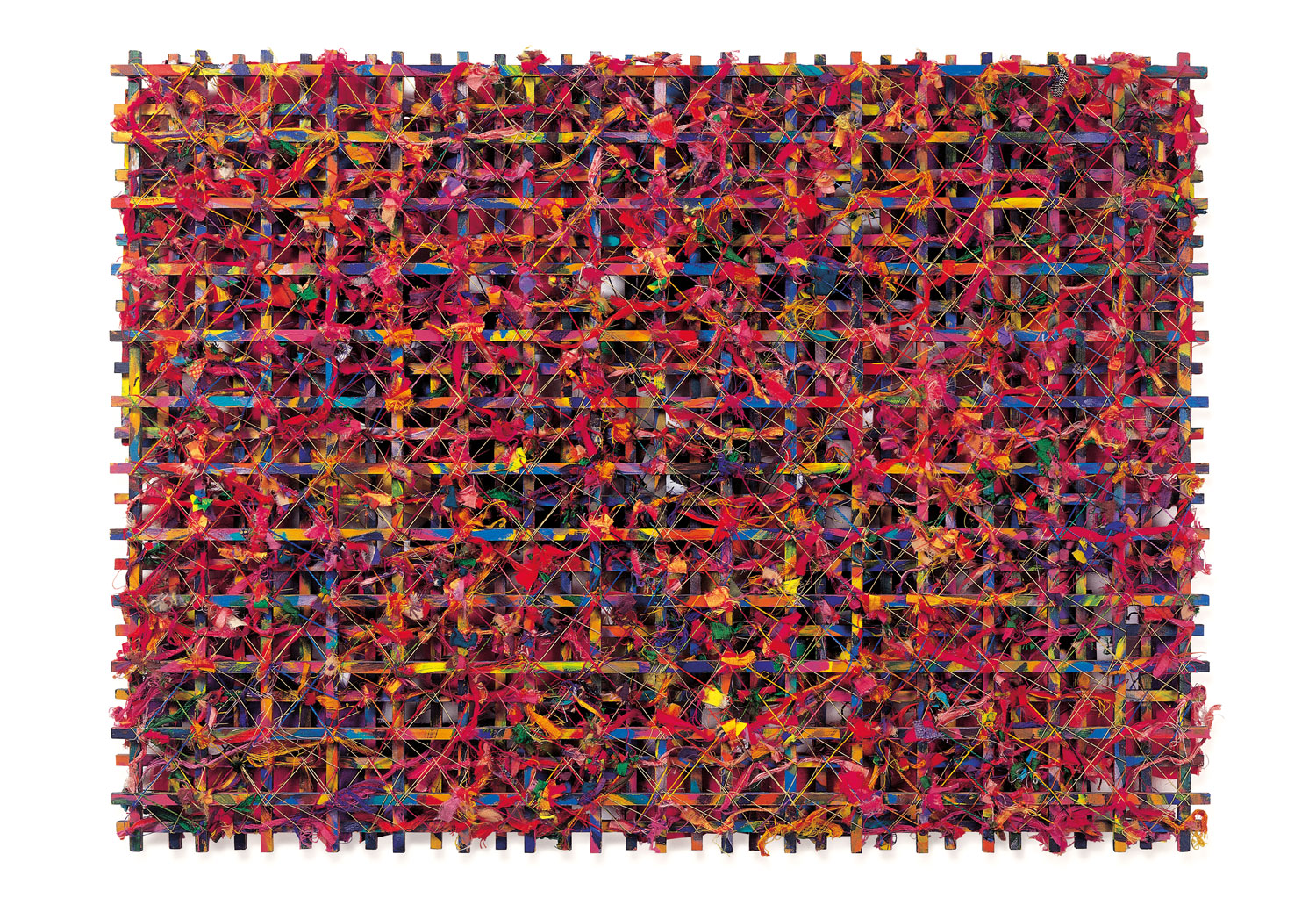 El-Rayo X was made around the same period as Trailing Colours, which was included in Fabric and Form, a British Council, Crafts Council exhibition, which I curated for Australia in 1982. There are 3 Tropical works, one’s in San Francisco, another in London and I have the third. El-Rayo X is a high point of my fascination with building an optical, interactive, fabric, thread and acrylic colour field. The majority of the mesh works were conceived of as a fragment of something, the totality of which is unseen. Heavily influenced by the relationship between micro and macro structural comparative imagery they jumped back and forth from order into chaos.